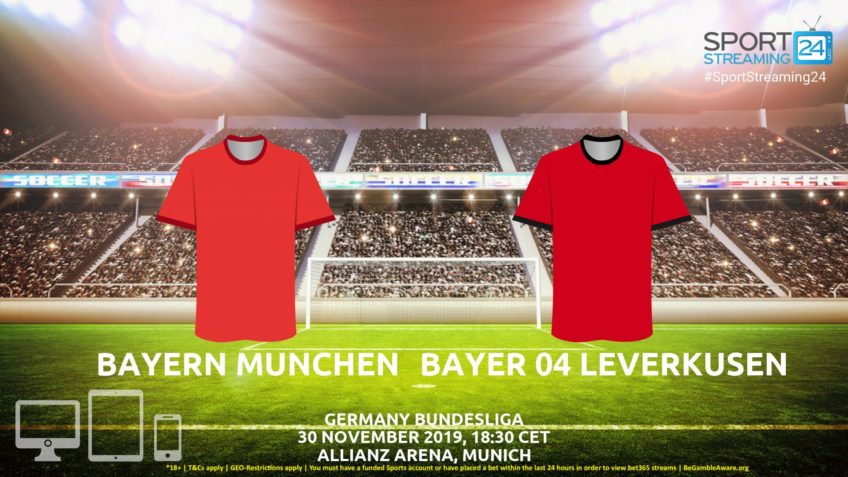 BAYERN MUNICH LATEST NEWS
The Bavarians are coming from a 6-0 away victory against Crvena Zvezda to confirm the top spot of the group.

Robert Lewandowski was once again the star of the show, scoring four goals for the German giants.

In the Bundesliga, they beat Fortuna Dusseldorf with 4-0 and now is only one point behind the top of the table.

Four straight wins in all competitions, the 14 out of 15 recent games have ended with Over 2.5 goals.

Coach Hans-Dieter Flick has to cope once again without defenders Hernandez and Sule due to injury problems. Attacker Arp remain on the sidelines.

BAYER LEVERKUSEN LATEST NEWS
Die Werkself is coming from a 2-0 away victory against Lokomotiv Moscow, remaining in the hunting for qualification.

In the league was held a 1-1 home draw with Freiburg and is sitting in the 9th place of the table.

Claimed only one win in the six latest Bundesliga fixtures with three draws and two defeats.

Manager Peter Bosz is not having to his plans: defender Weiser, midfielder Havertz and attacker Pohjanpalo through injuries.

MATCHUP TO WATCH
Robert Lewandowski is having the season of his life. The Polish striker is in terrific form, scoring goals and adding more records to his tally, having netted 16 goals in just 12 appearances this season in the Bundesliga.

Kevin Volland is the main man to watch from the visitors. The 27-year-old attacker has scored five goals in 12 league games this season and is the top scorer for Bayer Leverkusen