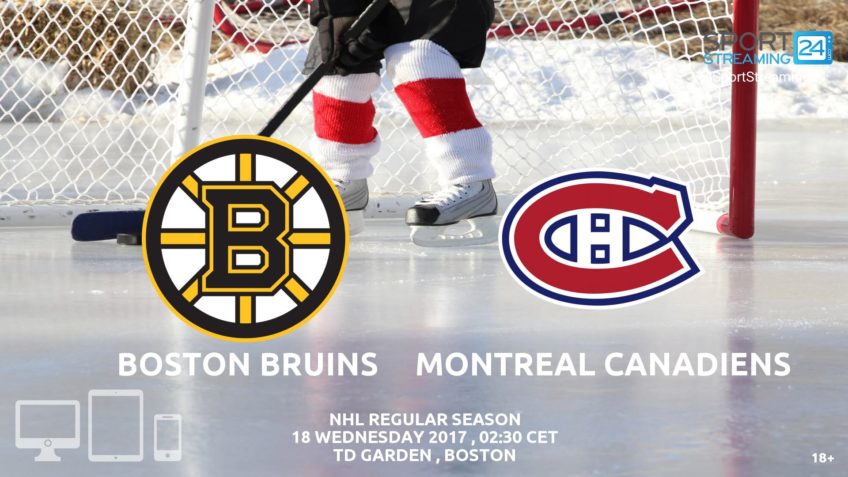 bet365 are showing Bruins v Canadiens live streaming for NHL on January 18, 2017, through their live streaming service (available for mobile devices such as iPhone, iPad, Android)

This week, Wednesday’s rivalry night in the NHL will feature probably the biggest rivalry between them all. The Boston Bruins will take on the Montreal Canadiens.

The match comes only a few days after Boston won the first meeting of the season in Montreal 4-3 in a shootout. It will be the 740th regular season game between the two.

BOSTON BRUINS LATEST NEWS
The Bruins have been one of the best teams in the league during the last couple of months. They have won 18 of their last 25 games, suffering only three regulation time defeats.

Bruce Cassidy’s team has been especially good at home with only three losses suffered since the start of last month. They currently have a pretty healthy roster with only defenseman Adam McQuaid out.

MONTREAL CANADIENS LATEST NEWS
The Canadiens, who already missed the playoffs last season, have struggled all year. With over three goals per game given up, they are among the worst defensive sides in the league, and they have also struggled in front of goal this season as only Arizona and Buffalo have worse goals for average.

Recently they have improved offensively, getting 12 goals in their last three games, but two of the matches still ended in losses.

Shea Weber is out injured since last month and the defense is clearly missing him. Forwards Andrew Shaw, Philipp Danault and Ales Hemsky are also out.

MATCH EXPECTATIONS
Montreal has lost four straight road games, but they do enjoy visiting Boston with six wins from last seven games there. However, it looks unlikely they will improve that record here.

They have won only seven away matches all season. The Bruins have started to cool off recently with a couple of losses, but they are still a much better team and should return to winning ways after losing their last home game 3-2 in overtime to Dallas.