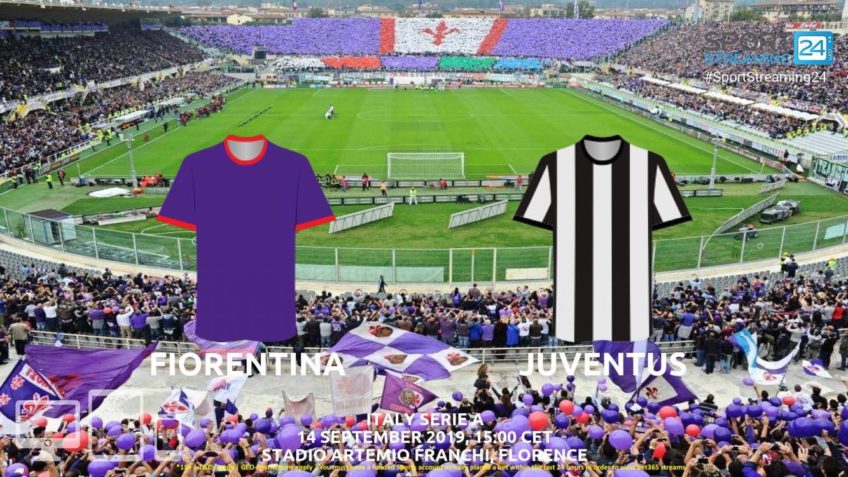 bet365 are showing Fiorentina v Juventus live streaming for Serie A on September 14, 2019, through their live streaming service (available for mobile devices such as iPhone, iPad, Android)

How to Watch Fiorentina v Juventus Live Stream at bet365

The Viola are winless in two games this season, suffering consecutive defeats in the league.

Vincenzo Montella’s side is sitting bottom of the Serie A table after the games against Napoli and Genoa.

Won just twice in the past 17 meetings with Juventus with 8 draws and 7 defeats.

The Old Lady made a good start in the season after two straight wins in the Serie A.

Against Napoli Maurizio Sarri’s side claimed a narrow 4-3 entertnaing victory and sits at the top.

Under 2.5 goals were scored in the 7 out of 9 recent away fixtures in the league.

Defender De Sciglio and Chiellini plus winger Pjaca are not available through injuries.

How to Watch Fiorentina v Juventus Live Stream at bet365

Milan Badelj is the most balanced player in the Fiorentina squad. The Croatian midfielder with his pace and ability in passing can create chances for his teammates.

Cristiano Ronaldo always attracts the headlines, leading the attacking efforts for the Old Lady. The Portuguese striker scored 21 goals in 31 appearances last season in his first season in the Italian football.