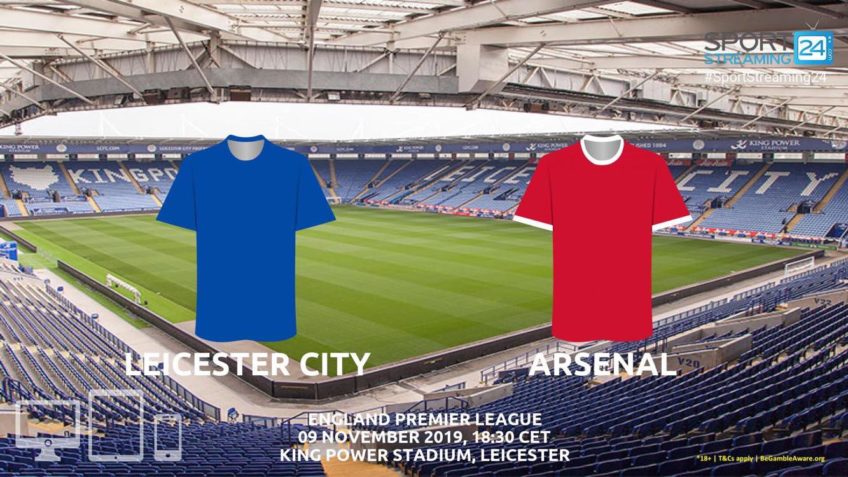 The Foxes host the Londoners in the England Premier League matchday 12.

The Foxes continued their perfect momentum with a 2-0 away victory in London against Crystal Palace.

Brendan Rodgers’s side remains at the top 4 places in the Premier League. With performances like the latest has the chance to play in the Champions League next season.

Won just three matches against Arsenal in their 33 past meetings in the league with 9 draws and 21 defeats.

No fresh injuries or suspensions, only midfielder Matty James is missing from the squad with a long term injury problem.

The Gunners are coming from a 1-1 away draw in Portugal against Vitoria Guimaraes in the Europa League.

In the Premier League was held to a home draw with score 1-1 against Wolves, the second straight in the competition.

Without a win in the last 4 fixtures in England and Europe, with successive draws and all of them with at least two goals.

Won just four of their 18 recent Premier League away games with 5 draws and 9 defeats.

Midfielder Dani Ceballos is missing with an injury problem. Fellow midfielder Granit Xhaka is not ready to return in the squad.

Jamie Vardy is the main man to watch in tonight’s clash. The Leicester attacker has already scored 10 goals in the Premier League this season. Also, the 32-year-old has a liking scoring against Arsenal, having netted 8 goals in eight appearances.

Pierre-Emerick Aubameyang is the attacking force in the Arsenal squad. Eight goals in 11 league appearances in the campaign, has all the qualities to help with team return in winning ways.