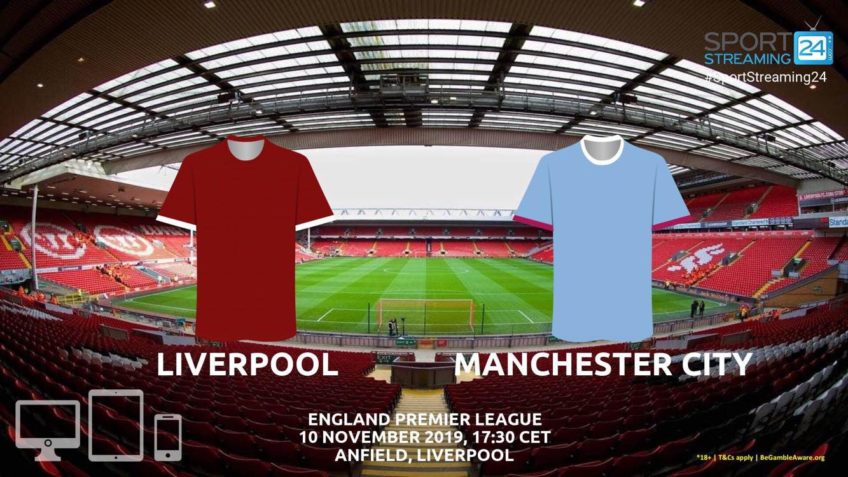 The Reds host the Blues in the England Premier League matchday 12.

The Reds are coming from a 2-1 home win against Belgium side Genk in the Champions League group stage.

In the Premier League Klopp’s side come from behind and beat 2-1 away Aston Villa to remain at the top of the table.

Unbeaten for 28 consecutive league games with 23 wins and 5 draws. Last defeat back in 03/01/19 against title rivals Manchester City.

Without a home defeat in the last 16 fixtures with the current league champions in the Premier League.

No fresh injury problems for the German coach. Defenders Clyne and Matip plus winger Shaqiri remain on the sidelines.

The Blues were held to 1-1 away draw against Atalanta in Italy to book a place in the knock out stage in the Champions League.

Guardiola’s side beat 2-1 at home Southampton to remain five points behind the top of the table.

Remains unbeaten in the last six games in all competitions with five wins and just one draw.

Won 11 in the 12 recent Premier League away matches, scoring 30 goals during that period.

First choice goalkeeper Ederson and winger David Silva are both not available for selection due to injury problems.

Sadio Mane is the man in form right now for the current league leaders. The Senegal striker has now netted six goals this season in the Premier League and has also provided some vital assists to his teammates.

Sergio Aguero is the player to watch from Manchester City. The Argentine attacker is always in good form but in seven Premier League appearances at Anfield has not scored.