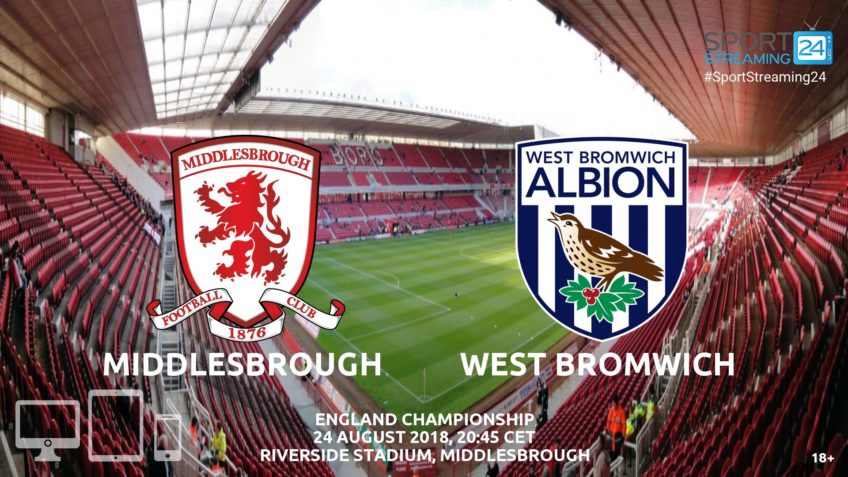 This Friday nights action in the Championship sees two sides who will have their eyes firmly on promotion clash at the Riverside Stadium as Middlesbrough play host to West Brom. Can Boro boss Tony Pulis pull off the win against his former employers?

BORO LATEST NEWS
It’s been a solid start to the season from Middlesbrough who sit second top and bring an unbeaten record into this encounter. A perfect two from two, and yet to concede a goal at home, Boro will head into the game full of confidence against one of their likely promotion rivals.

Middlesbrough must do without their most frequently used “Plan B” here as target man Rudi Gestede misses this clash through injury.

WEST BROM LATEST NEWS
Darren Moore’s West Brom had a rude awakening to life back in the Championship when losing their opener at home against Bolton, but certainly seem to be finding their feet now.

The less said about QPR at the minute the better, but it was still some effort to put seven goals past Steve McClaren’s men last time out.

That makes it 11 goals in their past two games now, suggesting the Boro defence may face their stiffest test yet.

H2H – LATEST STATS
A sign of how the fortunes of these two sides have taken something of a downturn is that their two most recent clashes came in the 2016/17 Premier League season. The sides couldn’t be split then as they played out two draws.

West Brom are yet to record a clean sheet in their four Championship matches this season. They will need to improve defensively if they are to live up to their billing as one of the favourites for promotion.

Middledbrough had the fifth best home record in the division last season, winning 14 of 23 at the Riverside.

Middlesbrough will top the table ahead of the weekend fixtures with a draw or better here. West Brom will reach the summit should they pick up all three points.

MATCHUP TO WATCH
Jay Rodriguez is a player with proven Premier League quality has certainly showed his worth in the Championship in notching four goals already.

The destination of the points could well depend on how well the Boro defence and in particular the youngster Dael Fry can keep tabs on the frontman.