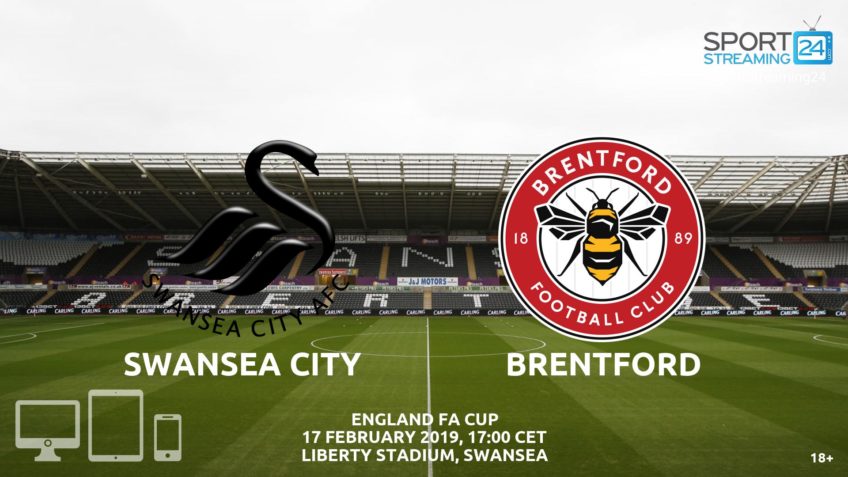 SWANS LATEST NEWS
Swansea did great to win their first two FA Cup games of the season with a combined score of 7-1, but things aren’t looking rosy ahead of the fifth round tie against Brentford.

The Swans started 2019 with a six-game unbeaten run, but they have lost two of three outings in February.

With that said, both losses did come away from home, so maybe Graham Potter‘s men can turn the tide here. They have already beaten the Bees once this season, winning 3-2 at the Griffin Park in December.

BEES LATEST NEWS
Brentford might be behind Swansea in the Championship table, but they have been in better form over the last couple of months.

Thomas Frank has seen his side lose only once in the last 12 games. They have won six of the last eight, scoring 21 goals.

However, their away record makes for ugly reading. Since starting the season with a three-game unbeaten streak on the road, Brentford has managed to record only one away win.

It’s been over six years since Brentford last won an away fixture in the FA Cup, so they need to make some history here to make it through.

MATCHUP TO WATCH
Brentford’s Sergi Canos is doubtful to play after suffering a knock on Wednesday against Aston Villa, but if he ends up playing, Swansea needs to pay very close attention to him, as the Spanish right wing has scored in four of the last five games.