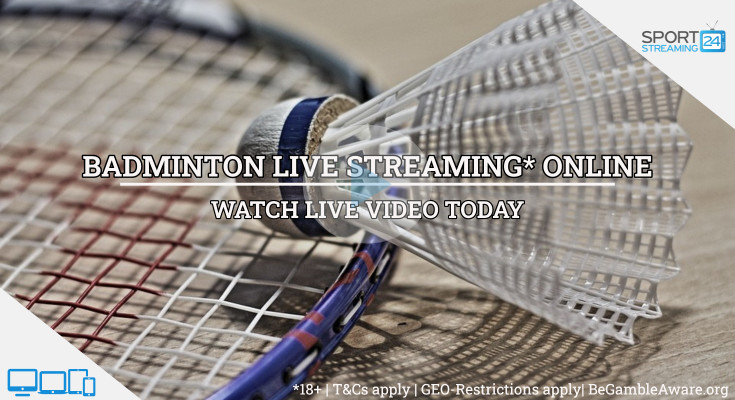 Watch badminton live video stream and enjoy in one of the most fast-paced sports on the planet. Badminton is one of the racquet sports, and the goal is to hit a shuttlecock across a net. If a shuttlecock lands within the opposing side's half of the court, you scored a point. Badminton is very popular in Asia, and since 1992, it has been part of Summer Olympics with five events: men's singles, women's singles, men's doubles, women's doubles, and mixed doubles.