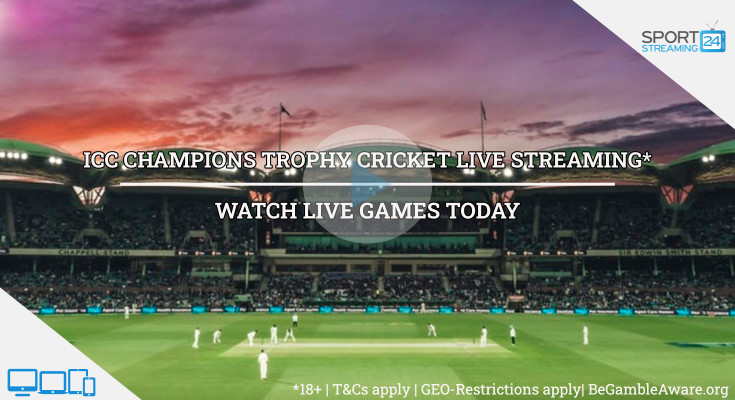 Watch ICC Champions Trophy live stream and follow the action from the second most prestigious cricket international tournament in the world!This tournament is played in one-day international cricket format, and it has two phases, round-robin and knockout phase.

The ICC Champions Trophy 2017 was held from June 1 to June 18 2017and eight teams took part in the competition.In group A we saw England, Bangladesh, Australia and New Zealand, while in group B we saw India, Pakistan, South Africa, and Sri Lanka.

England and Pakistan faced off in the first semifinal match, while India played against Bangladesh in the second semifinal. India and Pakistan reached the final, and in the game between the arch rival countries, Pakistan celebrated a victory.

The first ICC Champions Trophy tournament was held in 1998 in Bangladesh, and so far we saw eight editions of the championship. Australia and India are the most successful teams with two trophies, while West Indies, Sri Lanka, New Zealand, South Africa and Pakistan won one title each. India was the reigning champion, so Pakistan's win is even greater for them.The next tournament will take place in India in 2021.