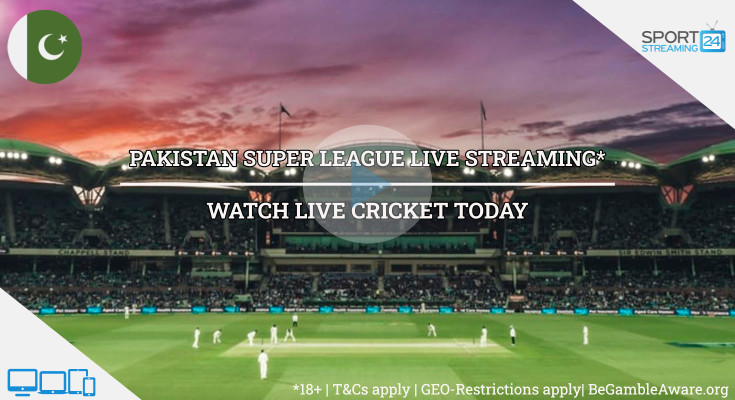 Watch Pakistan Cricket Super League live video stream and follow the action from one of the best cricket leagues in the world. Pakistan Super League was established in 2016. Due to security reasons, the inaugural season was held in the United Arab Emirates. The league consists of five teams that play a double round robin system and after those ten games, playoffs. Islamabad United was the first champion, while the reigning champion is Peshawar Zalmi.

This league is vital because of the need to revive cricket in Pakistan.The best Pakistani cricket players are returning to their homeland, but numerous international players are playing in the league as well, to raise the popularity and awareness.Marlon Samuels, a great Jamaican and West Indies representative, captained the reigning champion, Peshawar Zalmi, in the 2017 season.

Sri Lankan Kumar Sangakkara is the captain of Karachi Kings, while Brendon McCullum is the captain of Lahore Qalandars.Watch Pakistan Cricket Super League live stream on our live streaming platform. Enjoy the performances of several iconic international players that are nearing the end of their careers.

Peshawar Zalmi, Quetta Gladiators, Islamabad United, Karachi Kings and Lahore Qalandars will have another rival in Pakistan Cricket Super League 2018 edition, which will raise the quality and competition on another level.