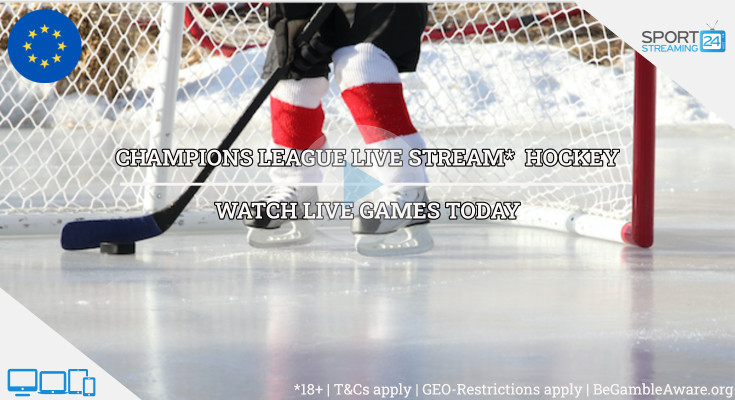 Watch Champions Hockey League live stream and enjoy the best ice hockey competition in Europe.The league was founded in 2013, with the inaugural season 2014/15. In the first season, 44 clubs from 12 European countries took part in the competition. They were divided into 11 groups of four teams each. They played a double round-robin system and the group winners and the five best second-placed teams qualified for the playoffs.

The playoffs were played as an elimination cup, over two legs, home and away, total-goal series. The final was a single game, that was won by Swedish Lulea against also Swedish team Frolunda, by 4:2.In the second season, the competition was expanded to 48 teams, which were divided into 16 groups. The best two teams from each group qualified for the knockout phase of the tournament. This time, Frolunda managed to win the title, after beating Finish Oulun Karpat by 2:1.In 2016/17 season we saw the format as the last year, and Frolunda won their second title. This time they have beaten Sparta Prague by 4:3.

There will be changes in the upcoming season - the league will be reduced to 32 teams, and the qualifying for the competition will change. Swedish and Finish leagues will have five clubs in the competition, Swiss and Czech will have four clubs, Austria and Germany will have three clubs, Great Britain will have two, while Slovakia, Norway, Belarus, France, and Poland will have one club each.