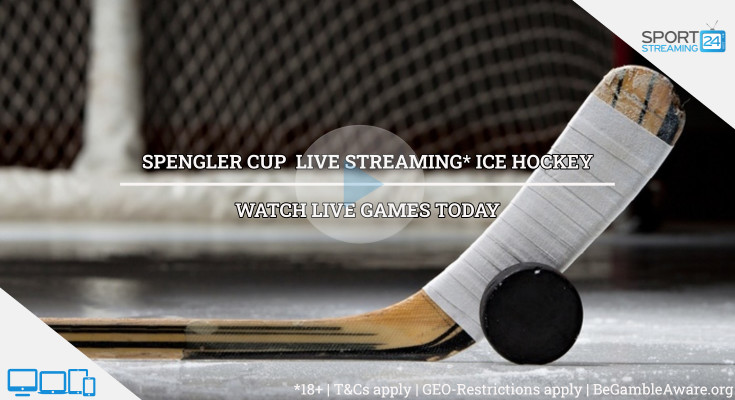 Watch Spengler Cup live stream and follow the action from the oldest international ice hockey tournament in Europe! The first Spengler Cup was held in 1923, and it is traditionally hosted by the Swiss team HC Davos, in Davos, Switzerland.

It is usually played between December 25 and January 1.The Spengler Cup grew well beyond initial expectations and numerous non-European organizations, and teams took part in it throughout the years, including Team USA, Team Canada, teams from NCAA and even Team Japan!Team Canada is dominating the competition in modern times, with 14 titles and nine runners-up, all since 1984! However, Davos is still the most successful team, with 15 titles and 25 runners-up.

The tournament is invitation only, and it consists of six teams, divided into two groups. The best teams from each group are qualified for the finals.The tournament is crucial for Swiss hockey. The hosts of the tournament, Davos, regularly reinforces their roster with quality players just for the tournament, since they earn a significant amount of money during those few days.Watch Spengler Cup on our free live streaming platform, and you may see some of the best hockey players in the world.