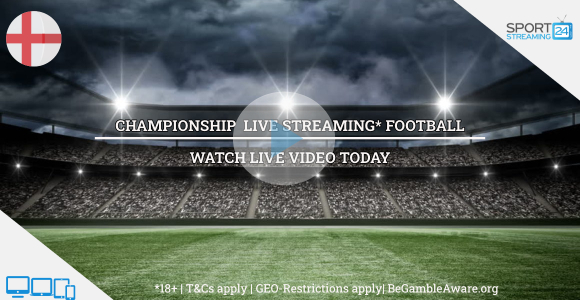 Here you can watch live football streams from all professional football competitions in England. From the Championship to League Two through the English Football League Cup we have you covered here with our vast selection of football streams.

The Championship is England’s second tier in their football pyramid and here you will have the chance to view a selection of live streams from the ultra competitive division. Often hosting some of football’s most successful clubs of yesteryear the Championship provides end-to-end action from August until May each season which won’t be easily matched elsewhere.

League One is England’s third tier in the football pyramid and hosts a mix of up and coming talents with some of the more hardened veterans of the game. Here our selection of live streams from League One promises more feisty on-field action alongside some of the most passionate football supporters in the world. Here you will get to taste the true heart of English football.

League Two is England’s fourth and final fully professional football league. While the action remains just as fierce in League Two, the quality may slightly diminish. However, our live streams of League Two promise the opportunity to witness may clubs realise their dreams of reaching the football league, dreams become a reality.

First played during the 1871–72 season, the English FA Cup is the oldest football competition in the world. A must see for football fans worldwide, the FA Cup gives football clubs of all sizes and abilities the opportunity to progress, where teams from the top tiers can often face clubs of a much smaller stature, especially in the early rounds.

The English Football League Cup is English football’s fully professional cup competition, where teams from the top four divisions face off in exciting cup competition, with the final being played in Wembley each May. Watch live football streams of the competition here.