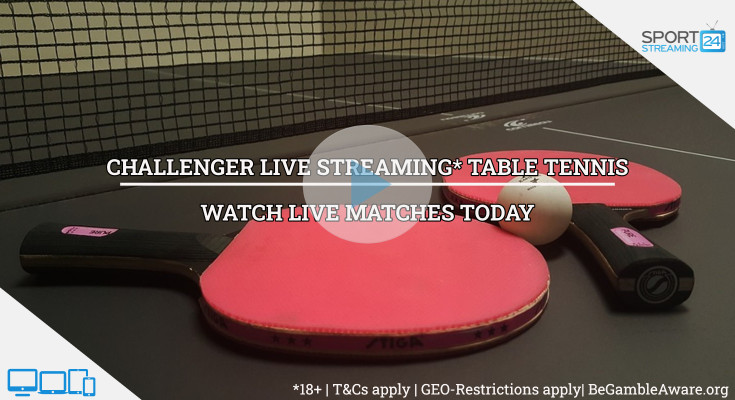 Watch table tennis challenger series live video stream and follow the clash between experienced table tennis players, who don't want to leave the game just yet, and young, next generation stars, who will have to defeat those old-timers first, before shining at the biggest table tennis stages.

At women's tour, these eight players have the biggest chances to qualify for the final tournament: Tanja Kraemer from Germany, Svetlana Ganina from Russia, Mitsuki Yoshida from Japan, Jessica Goebel from Germany, Kathrin Muehlbach from Germany, Sibel Remzi from Turkey, Marija Galonja from Serbia, and Ievgeniia Vasylieva from Ukraine.