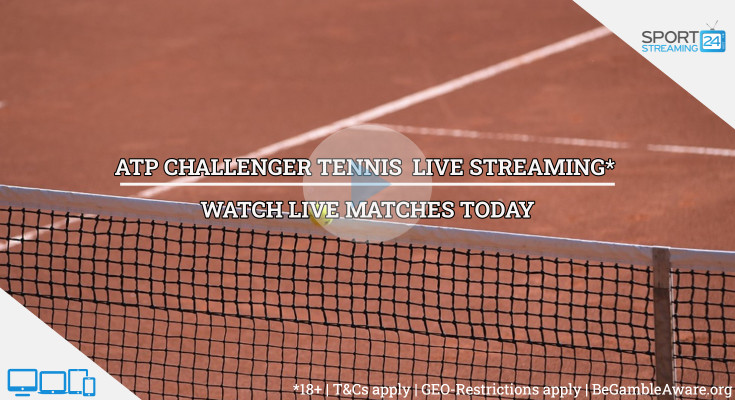 #ad *You must have a funded Sports account or have placed a bet within the last 24 hours in order to view bet365 streams | Geo-Restrictions apply | bet365 is not permitted to stream certain events to the host country. They use your IP address to present the events available to you. Excluded countries include Singapore

ATP Challenger Tour is often one of the turning points for the careers of young players. At this level, they will face experienced players who failed to play on ATP Tour consistently and young players eager to advance, such as themselves. From time to time, some former top rank players, such as Janko Tipsarevic, will play on this level in order to get back in their previous form and gain much needed confidence.

On ATP Challenger Tour you can see many upcoming stars and former top players fighting for the ranking points that can catapult them into the top 60-70 players on ATP list. Challenger tournaments are often par with ATP 250 tournaments in terms of quality and competitiveness, especially the ones that take place during the second week of Grand Slam tournaments. Players just outside top 50, who failed to reach the second week at the Grand Slam, will often play on these tournaments because of their early loss on the Grand Slam.