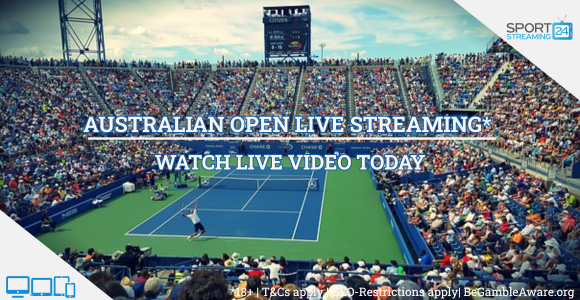 Australian Open is the first Grand Slam of the season. It takes place in Melbourne and it is usually a sign of how the rest of the season will look like. Watch Novak Djokovic, Andy Murray, Rafael Nadal, Roger Federer, Stan Wawrinka and other top players fighting for the big prize in men's tournament and Serena Williams, Angelique Kerber, Garbine Muguruza and other top players fighting for the prize in women's tournament.

The most successful player in Australian Open Men tournament in Open Era is Novak Djokovic, with six titles. Roger Federer and Andre Agassi won four titles each, while Mats Wilander won three. Among active players, only Stan Wawrinka and Rafael Nadal won one trophy each. The biggest loser in Australia is Andy Murray, who was defeated in the finals five times, four times against Djokovic and once against Federer.

Novak Djokovic and Serena Williams will probably be among the biggest favourites for victory in this tournament as long as they are active. Roger Federer, Rafael Nadal, Andy Murray and Stan Wawrinka on men's tournament and Angelique Kerber, Victoria Azarenka, Agnieszka Radwanska and Simona Halep on women's tournament will be their biggest opponents. However, you should pay attention to the next generation stars, such as Nick Kyrgios, Alexandar Zverev, Belinda Bencic or Darya Gavrilova who are potential slam winners in the future.