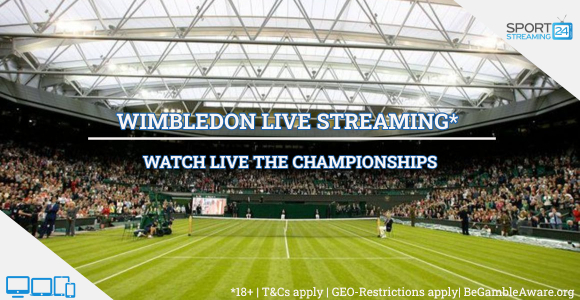 Wimbledon is the third and the most prestigious tennis Grand Slam tournament. Wimbledon takes place in London and it is played on grass courts. Watch the live stream of Roger Federer and Serena Williams trying to write history once again and their opponents, such as Rafael Nadal, Novak Djokovic, Andy Murray and Stan Wawrinka in men's tournament and Victoria Azarenka, Petra Kvitova, Eugenie Bouchard and Angelique Kerber in women's tournament will try to beat them. Wimbledon Men Tournament Champions Roger Federer and Pete Sampras are the most successful men tennis players

Roger Federer and Pete Sampras are the most successful men tennis players at Wimbledon in the Open Era with seven titles each. Roger Federer's last title in the All-England club came in 2012. Since then, Novak Djokovic defeated him in the finals twice, so it will be very interesting to see if he will get the trophy one more time before he ends his career. Bjorn Borg is next on the list with five titles, while Boris Becker, Novak Djokovic and John McEnroe won three titles each. Apart from Federer and Djokovic, among active players, it was Andy Murray and Rafael Nadal won two titles each.

Martina Navratilova stands alone with nine Wimbledon titles, with Steffi Graf and Serena Williams with seven titles each behind her. Serena's sister Venus won five titles, Billie Jean King won four in the Open Era and two in the Amateur Era, while Chris Evert won three Wimbledon titles. Apart from sisters Williams, among active players, the most successful are Petra Kvitova who won two titles and Maria Sharapova who won one title.

Most people will watch the live stream to see if Roger Federer and Serena Williams will win, or if they will be surprised by some of their younger opponents. Novak Djokovic, Andy Murray, and Stan Wawrinka, as well as Angelique Kerber, Garbine Muguruza and Petra Kvitova on the other side, will certainly wait for their chance. Also, they shouldn't underestimate young upcoming players such as Nick Kyrgios and Alexander Zverev, and on the side of the ladies, Darya Gavrilova and Belinda Bencic.